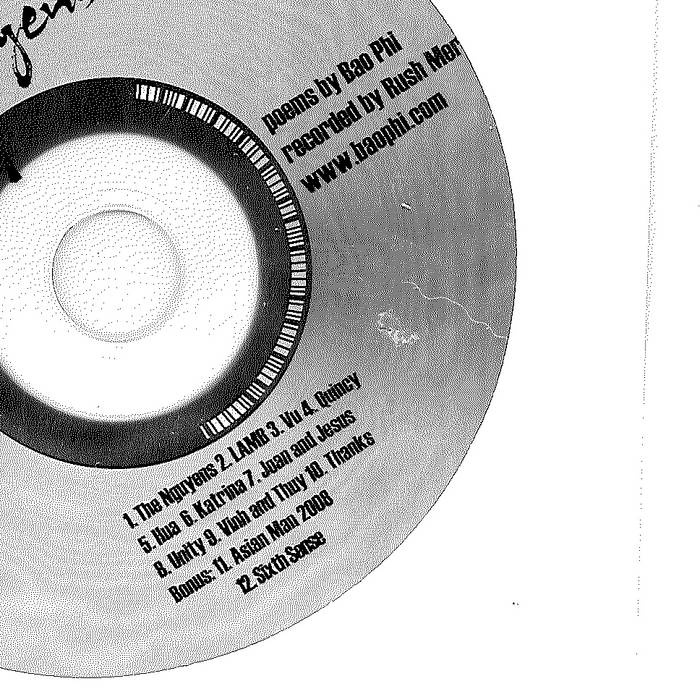 Bao Phi has been a performance poet since 1991. A two-time Minnesota Grand Slam champion and a National Poetry Slam finalist, Bao Phi has appeared on HBO Presents Russell Simmons Def Poetry, and a poem of his appeared in the 2006 Best American Poetry anthology. His poems and essays are widely published in numerous publications including Screaming Monkeys and Spoken Word Revolution Redux. He has ... more

Bandcamp Daily  your guide to the world of Bandcamp